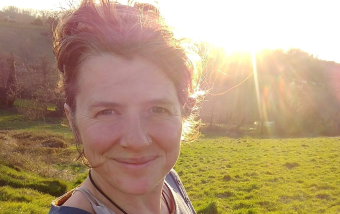 Naomi Styles started playing cornet as a child, but soon moved onto playing French horn. As a teenager, she wrote a great deal of music for piano, instrumental ensembles, choir and big band. She entered the world of brass banding in her twenties, playing cornet for Sussex Brass and later for Bratton Silver Band where she moved from cornet to percussion and, on occasion, E flat bass.

Although Naomi dabbled in writing for brass band when playing for Sussex Brass, it was with Bratton Silver Band that she started to write more prolifically, hear her music performed, develop her skills and get some arrangements and a composition published. In 2017, she composed Dance of the Troglodytes for brass band. The highlight of her musical life was when Cory Band performed her original composition Pandora's Box in autumn 2019.

Naomi has continued to compose original pieces, such as Pandora’s Box in March 2017 and Platform Rag in December 2019 and also an arrangement of the popular tune For Those In Peril On The Sea in June 2016.